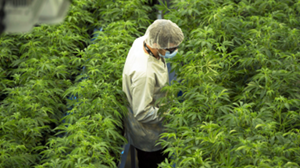 Now, easier than ever, buy marijuana seeds in British Columbia. We guarantee you won’t be disappointed! We offer incredibly fast shipping, tons of ordering and payment options, as well as an incredible customer service team that can be there for you every step of the growing process. On our new website, pay by 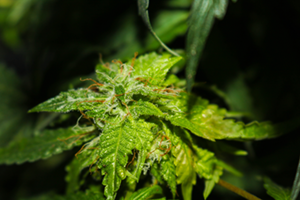 We currently do not accept credit or debit cards as a form of payment. Once you have completed check-out, sit back, relax, and wait for Pacific Seed Bank to ship your seeds. Most customers agree that we offer fast shipping, and your packages always arrive in discrete packaging. No one has to know that you just purchased British Columbia marijuana seeds. The good news is that Canada now has recreational marijuana!

What is a Marijuana Seed Bank?

Well, a marijuana seed bank is pretty much exactly what it sounds like. We sell dozens of different strains of weeds seeds for customers to grow marijuana at home. We also offer a 90% germination rate promise so that you can get the most out of every harvest. Plus, we have a team of horticultural experts checking the quality of our product on a regular basis to make sure that we are doing our part in getting you some awesome marijuana plants. If you are a beginner looking to get your first garden started, make sure you do a lot of research about strains and materials needed for growing first. To begin with, check out some of the strains that are some of the easiest for beginners to grow:

Typically, auto-flowering strains are fairly easy to grow successfully. As you get the hang of things, feel free to experiment with different strains that may be a little more challenging to grow and harvest. If you need help picking out a strain, feel free to use the pop-up chat box on our website. Someone is always around to assist you! We recommend that beginners start with an autoflowering strain and gradually build up the skills to try our clone or feminized plants. You don’t want to take on too much too fast and overwhelm yourself with the growing process.

Is Weed Legal in British Columbia?

The legality of growing marijuana is a common concern of many of our customers, and rightfully so since here has been a fair amount of controversy surrounding the matter. Fortunately, as of fall 2018, recreational marijuana will be legal around Canada. This extends to growing weed as well. As per the new Canada Cannabis Act, adults will be able to grow up to four plants in their own household and have up to 30 grams of recreational marijuana. While medical marijuana has been legal for a long time, this development is huge for those interested in growing marijuana. The awesome medicinal benefits of marijuana such as lessening the symptoms of

That’s a huge win! Buy marijuana seeds in British Columbia and put that green thumb to the test.

As of 2019, recreational cannabis now legal throughout Canada. This was such a huge step in the right direction! We can only hope that these positive cannabis laws continue to spread across the globe, in every city, in every country. Recreational cannabis not only benefits users from all medical backgrounds, but also the economy. The income coming in from cannabis is huge right now and it’s only improving the economy. So, really, why wouldn’t a country or city want to legalize recreational use? It’s a win-win situation for everyone.

I was so excited to get my garden started after I found Pacific Seed Bank- luckily they shipped so quickly I barely had time to buy all my supplies before I had the seeds. The harvest turned out great too- I look forward to trying out some more strains in the future
Jennifer S., Vancouver, BC.
Shop Marijuana Seeds