So, you’re looking to buy marijuana seeds? Well, look no further because you’ve hit the jackpot. Here is an article to help get you started and answer some of your big questions, as well as a step by step of how to buy medical grade seeds from a reputable source. Pacific Seed Bank offers a variety of over a hundred different strains, all tested for quality and a 90% germination rate by our team of horticultural experts. You can order online or over the phone and have the seeds shipped to your door in discreet packaging extremely quickly. Pay by

Buy marijuana seeds in Newfoundland now from a reputable source that values your confidentiality.

Is Marijuana Legal in Newfoundland?

Thanks to the Canada Cannabis Act that will be in effect as of Fall 2018, recreational weed will be legal in Newfoundland! Medical marijuana has been legal for a while now, but it restricted legal access to marijuana to patients with special licenses. Thankfully, now the awesome benefits of marijuana will be open to all Canadian adults. Marijuana has been known to help treat

But, hey, if you’re looking to buy marijuana seeds, we’re probably preaching to the choir.

The new laws will also allow you to grow up to four plants in your own home in Newfoundland, which is probably the most exciting part for gardening nuts and marijuana enthusiasts alike! Now that Canada has recreational marijuana, you’re free to grow your plants at home—indoors, outdoors, or both! Be sure to research how many marijuana plants are allowed per household. Many regions and US States have a limit. So, if both you and your roommate want to grow weed, be sure to divide up your plants to abide by the limit.

Can I Grow Marijuana in an Apartment?

Many of our first time customers are excited to get started but worry that they will not be able to grow marijuana because they live in a small apartment. The good news is that you can grow marijuana almost anywhere, whether you have tons of property or a small apartment. The Canadian winters will be no match for your indoor marijuana garden. You will need some special tools though- keep reading to find out what you need to make your weed garden great!

Even though cannabis is recreationally legal in Newfoundland now, there are still limitations when it comes to growing in your personal, private space. Since each country and region has its own growing limit, you may need to research what the plant restrictions are in Newfoundland. They may be different to Manitoba or Ontario and such. Still, we encourage everyone to give our cannabis seeds a shot at least once. We can (almost) promise that you won’t be disappointed in what we have to offer the cannabis community.

What Equipment Do I Need To Grow Weed? 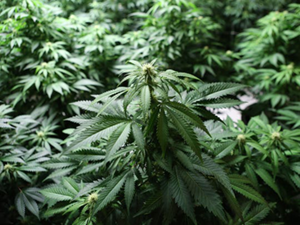 In addition to weed seeds, there is some special equipment you will need to be able to grow marijuana indoors, year-round. The startup cost may dissuade you, but remember that this is a one time fee for the garden of a lifetime. Again, we recommend doing your own research since some of the tools you will need are circumstance and preference-based, such as soil nutrients.

Our piece of advice would be to grow your marijuana in an environment that’s isolated from the rest of your home, making it easier to regulate oxygen flow, lighting, and temperature which is why a room, closet, or cupboard would be a perfect solution. Don’t go too overboard with your first grow room as you might overwhelm yourself. It’s perfectly acceptable to turn your basement or closet into a grow room. And, with our high germination rates, you should see a 90% success rate no matter your grow room situation! Still, there are some things that everyone needs such as

Pacific Seed Bank is just awesome. A very reputable source to get your pot seeds from without leaving your house. The discreet packaging option was great and the quality of the seeds is great- no complaints!
Jackie N., St. John’s, NL.
Shop Marijuana Seeds