If you’ve been looking for the ultimate destination to buy marijuana seeds in Quebec, look no further. Just click over to Pacific Seed Bank to have premium quality weed seeds shipped directly to your front door. For additional security, select a discreet packaging option at no extra cost. Choose from over a hundred different strains that are constantly being quality tested by our team of horticultural experts. Order online or over the phone at your convenience and pay by

We give you lots of options because your convenience and confidentiality is the most important thing to us. That’s we why offer our customers the chance to opt into our discreet packaging preference. This way, your neighbors won’t ever have to know that you purchased marijuana seeds from Pacific Seed Bank. Be sure to take advantage of this option if you’re nervous about the arrival of your seeds.

What Is The Best Strain For Beginners?

For beginners to growing marijuana, there are a few things we recommend looking out for when you get started. Growing awesome cannabis plants doesn’t have to be as complicated as pop culture and social media makes it sound- you don’t necessarily need an elaborate grow room setup. You do need a few pieces of equipment, such as proper lighting, to get a successful harvest. Beyond that, we recommend doing some research. For one, some strains are easier to grow successfully than others. Autoflowering strains are quite easy to grow. Regular feminized strains are also fairly simple for new growers. Some of the strains we recommend for new growers are

The cannabis growing community is pretty welcoming generally! Hop on some forums, talk to people who have grown marijuana before, and ask lots of questions! This is really our best piece of advice for growing an awesome garden.

Is Weed Legal In Quebec?

As of October 2018, Canada’s weed laws are drastically changing- for the better! While there will be some variations by province, adults over the age of 18 will legally be allowed to use recreational marijuana wherever tobacco can be smoked in Quebec. This is a huge win for cannabis enthusiasts everywhere. We’re very excited about this since now the awesome medicinal benefits of marijuana will be much more widely available to Canadians. Unfortunately, while growing marijuana yourself will also be legal in most provinces, Quebec has not yet legalized it. We are hoping Quebec will follow legalization trend soon.

We know that lots of people grow weed where they shouldn’t- that’s the way the world works. Still, here at Pacific Seed Bank, we only encourage our customers to grow where they are legally allowed to do so. In the meantime, whether you suffer from insomnia or migraines, hop on the legal marijuana train and find a strain that’s perfect for you. 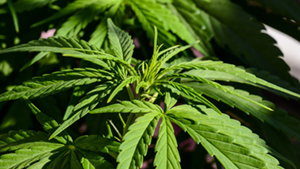 Pacific Seed Bank offer dozens of different strains and a full description of what you can expect from the growth, use, and harvest of each strain and we’re happy to help you through the process. We’re one of the must-trusted, highest-rates seed banks in Canada and the United States. Feel free to check out some of our reviews on our website and Weed Maps. Real customers sharing their real thoughts about our seeds and services. We also like to think that we have some of the friendliest and most helpful customer service in the seed bank industry.

We want all our customers to feel like family when they stop by our website. Now’s your chance to see what Pacific Seed Bank is all about! Want to try out our seeds? Want to see what all the hype is about? All you have to do is visit our website and explore our thousands of strains. We know, it’s a lot. You may want to start by choosing between an indica, a sativa, or a hybrid. From there, ask yourself how you’d like to feel during your high. That will help to narrow down the choices.

I was skeptical about ordering marijuana seeds online but I was beyond happy and surprised with the experience. The seeds were shipped so quickly and were a great quality- will definitely be ordering again
Laura W., Quebec City, QC.
Shop Marijuana Seeds