Marijuana Seeds For Sale in Wyoming

Did you know that you can buy marijuana seeds online? Pacific Seed Bank is the best place to buy marijuana seeds in Wyoming! We are North America’s premier online retailer of cannabis seeds, based out of sunny California. Check out our inventory of over 100 strains of fully feminized, ungerminated cannabis seeds, available now. We offer a variety of indica, sativa, and CBD seeds, including crowd favorite like…

Order online today, and we’ll deliver your seeds right to your door in as little as 5 days. We offer fast, discreet flat-rate shipping with tracking available on every order. Please keep in mind that some seasons are busier than others. During the summer, when it’s peak growing season, customers may find that shipping takes slightly longer, usually within the 10-14 business day range. In the colder months, we start to slow down and can offer faster shipping. Rest assured that your seeds are on their way to their new home with you!

There’s no denying that marijuana is an increasingly popular part of American pop culture. As more states legalize recreational marijuana, it is becoming more common to find tv shows, movies, and songs that are all about weed culture. Because of the huge economic success of the marijuana industry in these states, pop culture use is rapidly becoming normalized. However, marijuana has held an important place in the counterculture for decades; in the 1920’s, marijuana was commonly used by jazz musicians and patrons; it went on to be a symbol of naturalism and protest used by the beatniks and the hippies. Marijuana has continued to enjoy its counterculture status, thanks to unabashed celebrity users such as…

Now, there’s even an entire Netflix genre devoted to marijuana-themed content, filled with documentaries, scripted series, movies, and reality tv shows. As more states move forward with legalization, marijuana will soon be as ubiquitous in the media as alcohol- and we can all look forward to Super Bowl commercials featuring Snoop Dogg, telling us to pick up a pack of his signature blunts from our local 7-11.

Is Marijuana Legal in Wyoming?

At this time, both medical and recreational marijuana are prohibited in the state of Wyoming. However, recent polls indicated that a whopping 81% of Wyoming residents support legalized medical marijuana, which means that it’s only a matter of time. Although growing marijuana plants is not allowed, you may legally buy and own ungerminated marijuana seeds, like those sold by Pacific Seed Bank. We stock a huge variety of fully feminized, ungerminated weed seeds in our online inventory, including several strains of medicinal CBD seeds.

We know a lot of you are wondering when marijuana will become legal in Wyoming. And while we cannot give you a definitive answer, we can say that 2020 looks to be a promising year for marijuana. With the right President in place, we could federally legalize marijuana in all 50 states next year. That would be an incredible accomplishment. If Canada can do it, so can we! If you feel frustrated by the current marijuana laws in your state, voice your opinion and speak up! Sign a petition, join a peaceful protest, get the community talking and get the ball rolling. 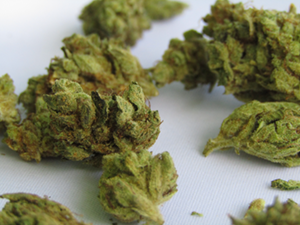 As of 2018, a total of 9 U.S. States have legalized recreational marijuana for adults over the age of 21. These states have seen a significant economic impact from the marijuana industry. In 2015, the state of Colorado brought in over $135 million in taxes and fees from the marijuana industry, and saw nearly $1 billion in sales. Nationally, the industry is slated to reach over $20 billion in sales by 2021. Tax revenue from marijuana sales go to fund things like

The marijuana industry also creates tens of thousands of jobs, from growers and retail workers to lawyers and marketing teams. Want to help Wyoming join other states in the movement to end marijuana prohibition? Call or email your local representatives, and make sure you’re registered to vote! It may take lawmakers a while to admit this, but here’s the truth. The marijuana/CBD industry is worth millions of dollars and it’s not showing any signs of slowing down. States would do well economically to legalize recreational marijuana. Imagine all those dollars rolling into the economy from dispensaries and local seed banks.

This is the best online seed bank I’ve found! They have a great selection of seeds at great prices. I love that they have different sizes of seed packs, too- that way, I can try a bigger variety! I can’t imagine shopping anywhere else.
Deb L., Cheyenne, Wyoming

Ready to buy your marijuana seeds? As the best place to buy marijuana seeds in Wyoming, Pacific Seed Bank is proud to serve you! We work closely with our dedicated team of growers to bring you top quality cannabis seeds. All of our fully feminized, ungerminated seeds are lab tested for genetic quality, hand picked just for you, and shipped right to your door. Delivery is fast and discreet, and we offer flat rate shipping with tracking on every order.