Everybody knows that cannabis can take you places you have never dreamed. And for those people who aren’t interested on going on an unintended trip can use strains that simply provide relief from symptoms like pain, anxiety, sleeplessness, nausea, stress, insomnia, and others, without that hallucinogenic side effect that has made weed such a popular product. But what makes cannabis such a powerful ally for patients and recreational lovers alike? It’s all in the chemicals – cannabinoids.

The Feel-Good Chemicals of Cannabis

Our society has had a not-so-secret love affair with weed for generations, and that pleasant “high” feeling has inspired many a ditty (although a lot of them probably shouldn’t be enjoyed in polite company). The euphoric effects of marijuana are courtesy of chemicals called cannabinoids.

Cannabinoids are chemicals that occur in the marijuana plant and are unlocked when we consume the plant material, either by smoking, vaping, ingesting, or smearing cannabinoid-rich topicals on our skin. These compounds, or phytocannabinoids, are chemically similar to neurotransmitters created by our bodies, which explains their readiness in interacting with our endocannabinoid system (ECS).

In brief, the ECS is responsible for maintaining normal function throughout the body. Discovered in the 1990s by researchers seeking to understand how cannabinoids work (hence the name), we know that chemicals interacting with the ECS send messages that signal things like sleepiness, hunger, euphoria, and others.

Phytocannabinoids act as supplemental neurotransmitters that can boost or overwhelm those, like anandamide (the “bliss molecule”), that are naturally created by our bodies.

The science here isn’t new: the medical community has been using cannabis products for hundreds of years as a natural form or pain relief and mood enhancement, even if they didn’t know the exact mechanism by which it worked. The discovery of the ECS really fueled interest by many researchers to explore the possibilities of using marijuana as medicine.

So far, scientists have discovered more than 80 individual cannabinoids present in marijuana plants, and while the entourage effect means that cannabinoids work much better in synergy than on their own, h there are a few that occur in high enough concentrations to prove medically beneficial. Of these, tetrahydrocannabinol (THC) and cannabidiol (CBD) are lauded as the rock stars of the group.

Anybody with even a cursory introduction to cannabis will know about THC, the chemical responsible for brining about giggling euphoria and a hearty case of the munchies. Marijuana strains that are high in the other, CBD, are often considered medical cannabis because this chemical is not psychoactive. THC has medical benefits, but because of the hallucinogenic quality, physicians aren’t as ready to prescribe strains with the cannabinoid as an alternative to just any patient, especially considering that it can have detrimental effects on a developing brain.

How can these two chemicals from the same plant create such different responses? This lies in the receptors that they interact with (or don’t).

Receptors are located throughout the ECS, and cannabinoids tend to prefer CB1 and CB2, which occur in different concentrations in different areas. THC interacts exclusively with CB1 receptors which are found in the brain – this might be an explanation for its mind-altering effects. CBD doesn’t connect with CB2 receptors, rather, it encourages the more active uptake of existing neurotransmitters that interact with these sites.

THC and CBD get a lot of press, but with ongoing research into the medical potential of cannabis, more in-depth information is going to come out about other cannabinoids.

Interestingly, CBN (cannabinol) was one of the first cannabinoids to be discovered alongside THC and CBD but doesn’t occur in nearly as much frequency as the other two because it’s a by-product of THC oxidation. CBN is considered sedating and is currently under the microscope while scientists look at it for its anti-bacterial properties and the potential for treating MRSA, burns, and psoriasis. 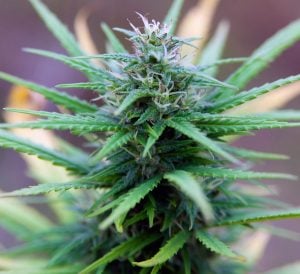 Without cannabigerol (CBG) there would be no THC or CBD. CBG stimulates appetite, bone growth, brain cell growth, and suppresses cancer cells, along with having anti-seizure, sedating, and anti-inflammatory properties. This Phytocannabinoids is found in its highest concentrations in plants that are in the early stages of growth, and then it slow degrades over time.  Scientists have been looking at CBG and its positive effects on bladder dysfunction and inflammatory bowel disease, as well as considering it one of the most potent tumor-fighting cannabinoids currently being researched

Cannabichromene (CBC) is a rising star among researchers for its anti-inflammatory and pain-relieving properties – it’s been known to help with migraines, pain, and inflammation associated with osteoarthritis and neurological diseases like Alzheimer’s, depression, and cancer cell growth. Because it doesn’t bind with CB1 receptors, it isn’t psychoactive, just another reason it’s become attractive to those studying cannabis and its positive effects on cancer cells

Boosting cannabinoids in your home-grown marijuana

We all want more for less, but even master marijuana gardeners know while they can increase their yield, they can’t coax a higher percentage of THC out of a strain to improve its potency. This is because a cannabis plant sets an “upper limit” of how much cannabinoids it will be able to produce, not matter what you do.

You want to grow plants with high levels of THC or CBD? Start with superior quality, high-potency, high-THC/CBD cannabis strains from a breeder like Pacific Seed Bank or our affiliate brands. Then visit our research library for tips and advice on maximizing your at-home yield.