Marijuana Seeds For Sale In Arkansas

If you’ve lived in the south long enough, you’re probably familiar with the recurring marijuana laws from state to state. The south is generally a little less marijuana-friendly than, let’s say, Colorado or the west coast states. But if you’re new to the area or haven’t Googled legality, we’re beyond happy to say that you can buy marijuana seeds in Arkansas – It’s completly legal. 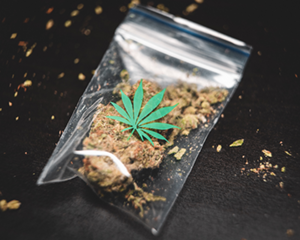 Without a medical marijuana card, it’s going to be tricky to step inside a dispensary. But if you shop online with us, you can get marijuana seeds without any hassle. The best part is that we’ll deliver to your door! And if you’re concerned about nosy neighbors, rest assured that our seeds always come in discreet packaging. No one has to know that your purchased weed seeds.

We’re going to let you in on a little secret — marijuana seeds are technically legal in all 50 states. How did you not know this before? Well, we wouldn’t be surprised if local lawmakers tried to hide that fact from you in an effort to keep you away from “dangerous” marijuana. Whether it’s through Pacific Seed Bank or another seed bank, it’s legal to purchase weed seeds in Arkansas.

Is Smoking Pot Legal In Arkansas?

Well, it depends if you’re talking about medicinal or recreational usage. Smoking pot just for “funsies” is still illegal in Arkansas. That being said, voters approved the Arkansas Medical Marijuana Amendment. It’s part of the state constitution, so you know it’s official and (hopefully) here to stay for a long time. The amendment does come with 17 qualifying conditions, many of which are medical

If you want to smoke pot responsibly, we suggest seeing your local doctor and inquiring about a medical card. Recreational use does come with more than just a slap on the wrist. Less than 4 ounces is considered an offense. Any more than that, and you’re looking at crazy large fines – or even jail time. Be smart.

Indica Vs. Sativa – What’s The Difference?

Even the most passionate and knowledgeable smokers may not be able to tell the differences between indica and sativa just by looking at them. The differences between the two strains are not physical, but rather stem from the specific kind of plant. We’ll make it easy for you. Just remember these two words the next time you walk into a dispensary or shop online with Pacific Seed Bank – indica and sativa.

In most cases, indica strains have a soothing and peaceful effect on the brain and body. You might feel a sense of euphoria rush to the head with notes of tinging and tightening. This cerebral high is typically followed by deep relaxation and a sense of laziness.

I’m fairly new to the marijuana scene. I’ll be honest. I suffer from horrible migraines and was sick of taking Advil and different painkillers every day. It wasn’t until medicinal marijuana was legalized that my doctor recommended smoking – and it works! Pacific Seed Bank is a great place to get seeds online and do your own planting. I’ll never go back to Advil now.
Sarah G., Arkansas 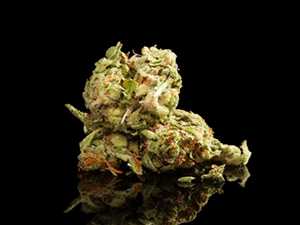 If you haven’t received a medical card yet, you can still buy marijuana seeds in Arkansas through Pacific Seed Bank. The seeds themselves are totally harmless, and if anyone asks, you can simply say that you collect marijuana seeds. Tons of people do! We have the right seeds for every hobby and every occassion.