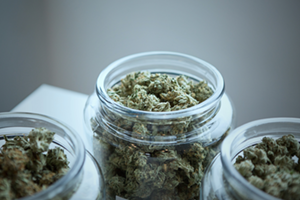 Things are changing down south! If you were living under a rock in 2015, you may have missed that Georgia legalized medical marijuana. After that, we noticed an influx in online shoppers looking to buy marijuana seeds in Georgia. Just as the dust began to settle on Georgia’s marijuana law, now the rules are altering again — in a good way! New medical conditions are going to be added under Georgia’s qualifying conditions to gain access to medical marijuana and a card. Under House Bill 65, Georgians suffering from PTSD and intractable pain will be allowed to smoke medical marijuana.

Contrary to popular belief, it’s legal to purchase marijuana seeds in Georgia. Many of our customers are seed collectors who enjoy keeping a piece of every seed bank at their home. All this activity is legal, even though it remains illegal to smoke marijuana in most cases in Georgia. The Peach state has made some progress in recent years to legalize medical use of marijuana. Here are the Georgia marijuana laws in a nutshell: 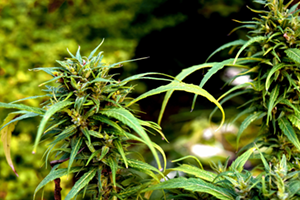 At this point, you might be wondering if marijuana seeds are still the right way to go. If you can’t grow, then what’s the point? Well, we’re so glad you asked! Many of our Georgia-based customers buy marijuana seeds to keep as collector’s items. It can be fun to gather seeds from a variety of seed banks, and who knows, maybe one day it will be legal to grow marijuana in Georiga. Marijuana laws in the South might be moving at a slower pace compared to the rest of the country but progress is still happening!

Are Weed Seeds Good For You?

Oh, you have no idea. Weed seeds are today’s newest health craze. Remember that time when everybody was raving about kale? And chia seeds? And pilates? While those are all healthy life and diet choices, you need to make room for weed seeds. Chances are, unless you’re eating edibles every day, that you aren’t consuming enough weed seeds in your diet. Eating weed seeds has been proven to help your


And that’s not all! Weed seeds, also known as hemp seeds, can be applied topically. Does your skin get drier in the wintertime? Apply some weed seed oil to fix that right up! Does your have get frizzy in the summer? Apply weed seed oil to your ends to keep them contained and prevent split ends. Seriously, you’ll be so happy once you give topical weed seeds a chance!

Marijuana Seeds For Sale In Georgia

Welcome to Pacific Seed Bank! We’re an online marijuana seed bank originally from California. We’re so glad we popped up on your Google search. If you’re reading this, it means you’re at least curious about our website and products. Hopefully, we made a good first impression. We’ll never claim to be the best seed bank out there, but we do measure up to some of the top dogs in the industry. You’ll find our site…

We do our best to cater to everyone’s needs, which means providing a price range that many can afford.

How To Grow Marijuana Plants At Home

Hold up — just because you have a medical marijuana card doesn’t mean you can grow plants wherever you’d like. In fact, many smokers who buy marijuana seeds in Georgia are surprised to learn that in order to go, you must buy a plant from a nursery and dispensary. You cannot plant the seeds yourself and start a garden overnight. The Georgia government still likes to keep tabs on how many plants are being sold, where people are buying them, and the overall regulation of marijuana plants. Remember, Georgia legalized medical marijuana in 2015. They’re still young and new to the game. 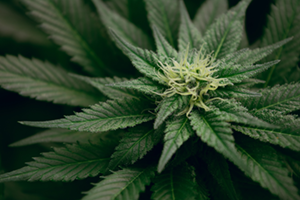 If you ever have trouble buying marijuana seeds in Georgia, you could always order through a seed bank instead. We deliver marijuana seeds straight to your door in under two weeks. It might be easier to buy seeds online since we do not require a medical marijuana card. Honestly, we don’t even ask why you’re buying marijuana seeds. That’s none of our business. We want more people to turn to marijuana to benefit their lifestyle somehow. A little tip, though — if you choose to grow marijuana in Georgia, better do so indoors and away from the public eye. You don’t want to get caught by authorities.

I read Cosmopolitan magazine every single month. It’s my guilty pleasure. Don’t judge. In one of the recent issues, I read this new trend about people eating weed seeds and also putting hemp oil in their beauty products, like lotion and mascara. It sounds fun so I’m down to try it. That’s how I found Pacific Seed Bank. I fell in love with Pacific Seed Bank after I witnessed how fast their shipping is.
Roxanne V., Georgia
Shop Marijuana Seeds